Beaches around the world have different rules, and on the Rio beaches, less is more! It’s called the ‘Brazilian bikini. All genders wear as little as possible, from Speedos to small 2-piece swimsuits; however, going topless is not looked upon well.

If you forget your sunblock cream, towel or water, you can rest assured they will be available from the vendors located around the beaches. Most of the beaches are safe for swimming and offer basic amenities along with restaurants and cafes. Beaches are the ideal place to relax and enjoy a rocking nightlife too. 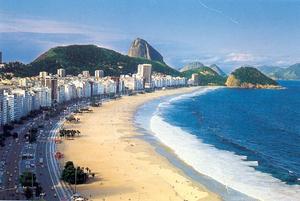 The Copacabana neighbourhood (which was just a small fishing village till the 1900’s) flourished rapidly after the inauguration of the Copacabana Palace Hotel. However, Rio will never be complete without the mention of Copacabana Beach. The stimulating 4.5 km of crescent coastline never sleeps, as visitors play beach soccer, soak in the sun or swing and dance until the wee hours of the morning. One of the culturally richer neighbourhoods of Rio, the borough is filled to the brim with bars, restaurants and upscale hotels. Tourists of all ages will have some or other activity to do at the beach, be it soaking in the sun, snorkelling or water sports.

In fact, the area is divided into two beaches, Leme beach and the actual Copacabana beach. The area is constantly brimming with tourists as they hang around the attractive beach, kiosks, bars and restaurants.

What actually made this area famous are the Copacabana fort and the Palace hotel. In fact, the hotel has now been declared as part of Brazil’s natural history. The Fort which dates back to 1914, today houses the Army Historical Museum. Ammunitions dating to the early 20th century are displayed here.

Copacabna beach will be one of the hosts for the 2016 FIFA Beach Soccer World Cup and also is favoured by revellers who want to bring in the New Year celebrations with great enthusiasm.

Prainha Beach, a beautiful beach, is located 52 minutes southwest of Rio de Janeiro. The undertow of the current takes no prisoners, and you can find yourself quickly swept out to sea. Swimmers should be careful, stay close to the shore, and always be visible. A lifeguard usually patrols the beach so you are safe and get help if the worst happens.

Predominately, a surfers' beach with a small outdoor restaurant called Mirante da Prainha is situated on one of the sides of the cliffs. The restaurant is a short walk from the beach and provides all amenities required for a beach stay. It is a great place to take your camera and capture surfers riding tall waves or the beautiful scenic landscape. 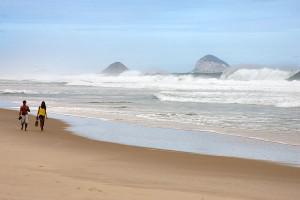 Barra da Tijuca Beach is the longest beach in Brazil and stretches about 18km from Morro do Joá to the Recreio dos Bandeirantes neighbourhood.

It is a green beach and a hotspot for surfers, wind sailors, and body surfers. The beach also welcomes beginners for water sports and those who want fun in the soft waves. There are a lot of restaurants, barracas (tents), food and drinks stalls where one can eat and relax. The beach gets crowded on weekends and is accessible by bus or car. 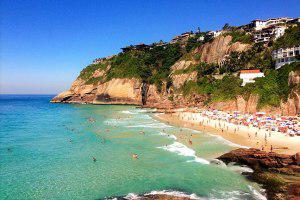 Joatinga Beach, though less frequented by locals and tourists, is also ironically the most sought after by those who want to relax and rejuvenate.

This 220m long, white sandy beach is one of the most well-protected natural reserves in Rio, and features the ecological diversity of the Atlantic rainforest.

Tourists should not miss out on the mangroves and the small tribe of Caiçara. This beach is a dream come true for surfers with a diverse forest landscape. 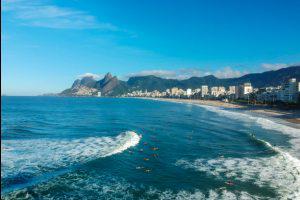 The wealthier sibling of the famous Copacabana beach, the Ipanema beach is a glitzy neighbourhood located between Leblon and Arpoador regions.

Favoured by the Rio's locals (las Cariocas), Ipanema's beauty lies in its dusky stretch of sand dotted by greenery with cafes, bars and restaurants weaving up the place. The beach is the best urban beach in the world and is famous for its water sports opportunities.

Leading up to the summer season, the place becomes jam-packed with visitors who enjoy the clean waters, rough waves and the surrounding neighbourhood. One can see people sunbathing, playing beach volleyball and swimming all over the beach. Ipanema is famous for its events where people come together to play games like beach soccer, beach volleyball, foot volleyball, etc. Moreover, it is an ideal place for surfing, body boarding, and skim boarding. The waters at Ipanema are dangerous, so swim or surf in areas allotted by the many lifeguards. 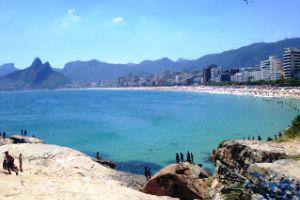 A favourite spot for couples, this stretch of sand is worth visiting. Situated between the popular Copacabana and Ipanema beaches, the Arpoador beach is famous for its gigantic rock that reaches from the shore into the sea. This beach is less crowded than its neighbours and offers a dreamy view of the sunset. It is noted to be one of the finest spots for surfing in Rio and also boasts several adventurous walking trails. 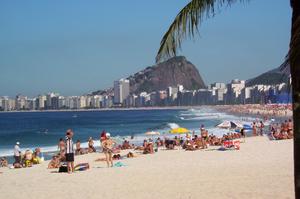 This wallet-friendly tranquil beach is popular among locals and tourists. It is within walking distance of the Copacabana beach, making it easily accessible. The beach is dappled by jungle-clad hills and offers a wide range of snacks at the beach kiosks. Local artists display their art here. This calm and quiet beach has a jazzy nightlife with several Italian, Spanish and French restaurants. 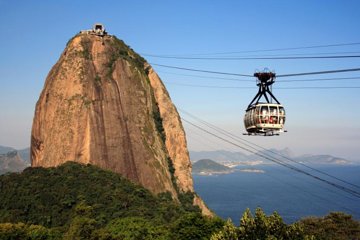 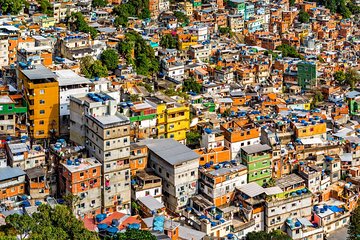 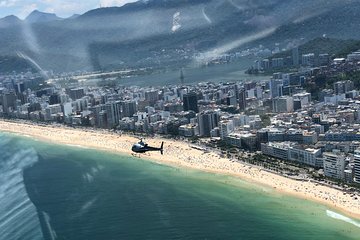 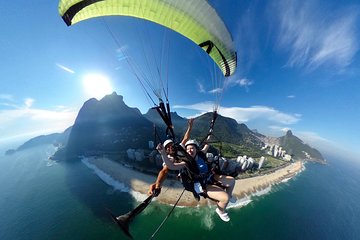